Texas Governor Greg Abbott argued late Monday for a voucher program that would allow students and parents to use public funds to attend private or charter schools instead of their assigned public schools.

Abbott said his support for school choice was to help maintain a tradition of “parent empowerment” that includes his policies of banning mask mandates on campus and banning “critical theory of race” in Texas schools, the San Antonio Express-News reported. He also said public schools would remain fully funded throughout the voucher program.

“Nothing is more essential to the development and success of our children than parents,” the governor said at a rally in San Antonio. “If you like the public school your child attends, it will be fully funded.”

Unions and public school advocates across the state have previously opposed these voucher programs because they believe the policies weaken the public school system. Private schools would likely be supporters, Express-News reported.

The Texas School Alliance said in a prepared statement that the proposed program is a “tuition break” for the wealthy and that the money going to public schools would hurt more than five million Texas students.

“You cannot fully fund public schools and address the worst teacher shortage in Texas history by siphoning off public funds to private schools,” the organization said in a statement. “The calculation does not work.”

In January, Abbott launched a “parental rights bill,” which reflects a national conservative push on how race and sexuality are treated in schools.

Abbott said he plans to amend the Texas Constitution to reinforce that parents are the “primary decision makers in all matters” involving their children and expand families’ access to the curriculum so that all learning materials courses are available online. 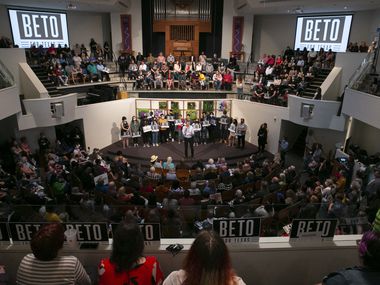